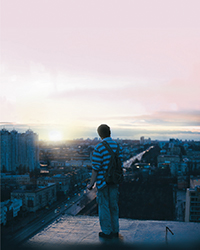 × Mike Lew’s darkly comic take on Shakespeare’s Richard III has captivated audiences from New York to London. As winter formal gives way to glorious spring fling, Richard – the class loser – lusts for power at Roseland High. After years of torment due to his hemiplegia, Richard plots the ultimate rise in power: to become president of his senior class. But like all teenagers, and all despots, he is faced with the hardest question of all: is it better to be loved, or feared? Crow’s Theatre is proud to co-produce this new production of TEENAGE DICK, directed by Arts Club Artistic Director Ashlie Corcoran (formerly Artistic Producer of Toronto’s Theatre Smash).