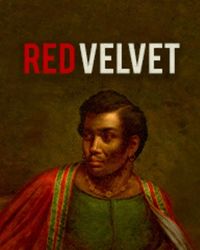 Theatre Royal, Covent Garden, 1833. Edmund Kean, the greatest actor of his generation, has collapsed onstage while playing Othello. Ira Aldridge, a young, Black American actor has been asked to take over the role, but a Black man has never played Othello on the English stage before. His groundbreaking performance upends centuries of British stage tradition and changes the lives of everyone involved.

As anti-abolition riots take over the streets of London, how will the cast, critics, and audience react to the race revolution taking place in the theatre?

An imagined version of true events, Lolita Chakrabarti’s multi-award-winning play, raises the curtain on a fascinating figure in theatre history and provides a microcosm of our current struggle for progressive change both on and off the stage. Director Cherissa Richards (The Power of Harriet T, Manitoba Theatre for Young People), recipient of the 2021 Crow’s Theatre RBC Rising Star Emerging Director Prize, returns to Crow’s after working as Assistant Director on MixTape last season.