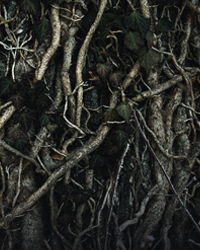 The title of William Shakespeare’s AS YOU LIKE IT holds a double meaning that famously teases, this is a play to please all tastes. For this world-premiere, acclaimed Indigenous creator Cliff Cardinal (Stitch, Huff, and Cliff Cardinal’s CBC Special) has promised to do something just like that. His radical retelling of Shakespeare’s comedy will launch the Crow’s Theatre 2021/22 season.

Known for his black humour and compassionate poeticism, Cliff Cardinal is a cultural provocateur, playwright, and performer who delights in difficult subject matter, raw emotions, and topical comedy.

Born on the Pine Ridge Indian Reservation, Cliff studied playwriting at the National Theatre School of Canada and is an associate artist at VideoCabaret where he develops his new work.

“One of the most talented and intriguing writers in the country.” – Glenn Sumi, NOW Magazine