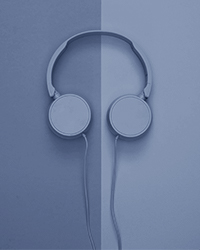 The first thing we do in life is make sound.  For writer, performer, and musician Zorana Sadiq (Towards Youth, Crow’s Theatre), sound is our first, last, and most influential sense. In the world premiere of her new solo show, directed by Crow’s Theatre Artistic Director Chris Abraham, Sadiq invites her audience into a life experienced through sounds, and an obsession with making them. From Neil Diamond to Kate Bush, from show-tunes to Mozart, and from squeaky oven doors to the thwap of a heartbeat on an ultrasound, Sadiq curates the ultimate mixtape which is part memoir, part scientific inquiry, and part love-song to listening.

A multidisciplinary artist of Pakistani descent, Sadiq’s work is wide-ranging and spans different types of performance including theatre, television, chamber music, contemporary music, and opera. Sadiq has performed extensively in Canada and the Unites States alongside many of classical music’s leading conductors including Bramwell Tovey, Robert Spano, and Alex Pauk, as well as appearances with Music Toronto at the St. Lawrence Centre for the Arts, Vancouver Symphony, L.A. Philharmonic, Calgary Symphony, Boston Musica Viva, and New York’s Da Capo Ensemble.