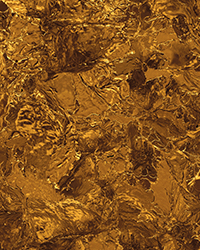 Bengal Tiger At the Baghdad Zoo

“It’s a black comedy, a grisly horror show, and a metaphysical ghost story.” The Hollywood Reporter

Pulitzer Prize-shortlisted, Tony Award-nominated, and National Endowment for the Arts award-winner for Outstanding New American Play, BENGAL TIGER AT THE BAGHDAD ZOO is set amidst the chaos of the American occupation of Iraq. A darkly comic tale narrated by an existential tiger held captive in the Baghdad Zoo, the play follows the intertwined lives of two American marines and one Iraqi gardener as they search through the rubble of war for friendship, redemption and a toilet seat made of gold.

Two-time Obie Award-winner for Best New American Play, Playwright Rajiv Joseph was a graduate student in 2003. Eight years later when BENGAL TIGER AT THE BAGHDAD ZOO premiered on Broadway, it was the first major play since the invasion of Iraq to directly confront the toll of war on our faith, our culture and humanity.